So what does your business have to do with Nuclear bombs?

And how does your Success Formula fit into all of this?

Well it's more what your business has to do with Trident...

For those not in the UK - Trident is the UK's development, procurement and operation of the current generation of nuclear weapons and the means to deliver them.

It's a hot topic here on this rainy little island. People are seriously polarised by the Trident Nuclear Deterrent - now as much as I LOVE a good debate I've actually been sneaky here - because what I really want to talk to you about today is the three prong system.

But I think that's a lame name. So I've renamed it "Trident" - because if you can name something after nuclear programmes AND the King of the Sea's weapon of choice - you totally should.

Consulting is your one on one part of your business.
It's time directly traded for money.

In mathematical formula it would look something like this:

Training is your one to many pieces.
Time traded for money multiplied a few times over.

And Leverage is you doing something once, and selling it again and again.
Time happens once for product creation - but you leverage the output - and the sales are recurring.

The important thing to note is that both Consulting and Training are finite - you can only do so much of it. Leverage has the potential to be infinite - you can sell it over and over again.

This gem stems from Sean D’Souza from Psychotactics.com. I first came across his system listening to his brain alchemy masterclass - a series of audios from some of his live training. And it's pretty damn good.

Seriously - take any empire, and you can break it down to the three prongs. I look at businesses all the time and do it.

Let's look at Alice Cooper (yes the legendary rock star Alice Cooper) and break his worth down as an example.

Alice is worth around $40 million. And that's not by chance - that's hard work and business savviness in there.

The Rolling Stone Album Guide described him as "The World's most beloved heavy metal entertainer". I've seen him 3 times for good reason. He doesn't just have some awesome music - he really entertains. But Alice's successes aren't all from his music...

So how do we apply the 3 prong system to Alice?

Well his one to one work includes private music performances - yes, you can hire Alice if your pockets are deep enough. But that's pretty much it. There is not only a finite amount of this that he can do - there is a finite amount people will pay for - and he's pretty much already at the ceiling for that.

His one to many though is pretty amazing. That includes his live concerts, his restaurants, his acting and his DJ'ing. There is a finite amount of this he can do, but it's much more leverage-able. And in the case of his restaurant, although it has his mark all over it (yes I have been and yes you should go!) - other people deliver the service for him. But there is only so much food they can make, and tables they can serve, at any one time.

And then there's his leverage: That would be his albums, his merchandise, the products of his acting etc. This stuff gets created once, and produced and sold time and time again.

What should the ratio of the formula be?

Sean D’Souza recommends that your breakdown should be at least as follows:

How does your business compare?

How stable is your trident?
How does your business break down?
How do the three parts interact in your business?

And of course; is your business Alice Cooper worthy?

You can also check out the brain alchemy masterclass here if you'd like - it's free at the moment 🙂
Rock on now!

Join a tribe of epic businesses in the know…

Sign up to become part of an awesome community of eggheads, and stay at the forefront of all things marketing, automation, buyer psychology & more....

The Marketing Brainbox provides marketing and psychology-based content, straight from the horses mouth - or in this case from our Prime Ninja, Kenda Macdonald! This monthly email will keep you informed about industry trends, useful insights, strategy and much more.

The Ninja Compendium is a weekly blog notification email - with a little extra thought-provoking information to boot. It keeps you in the loop so don’t miss out on data driven content, useful how-tos and strategic advice from the experts at Automation Ninjas. 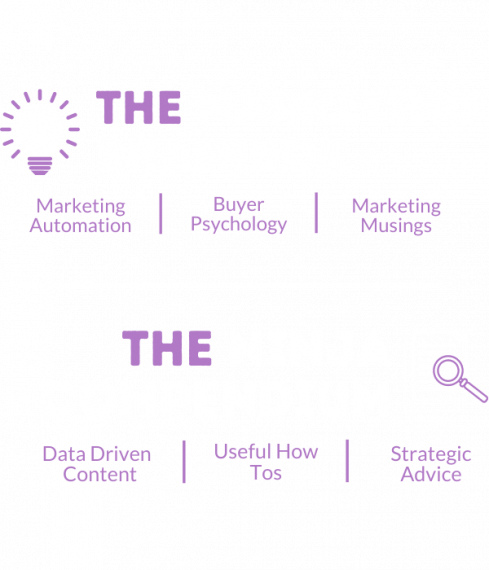